'Advanced Mobile Location' Are These The Three Words You're Looking For?

Taking a look at the 999 location searching toolbox, and why there's room for more than one big player in town. Author: Nick @EmergencyLocate

The popularity of what3words across the UK's emergency services, and also as published by the BBC recently has brought about healthy discussion about how the emergency services are able to locate a person in distress. It may surprise many people reading, but emergency service's computer systems - often referred to as CAD (Computer Aided Dispatch) or command and control systems - usually lack the ability to accurately find 999 callers, who are unsure of their location, in an emergency. Only very recently have the tools available to emergency control rooms have begun to be modernised.

In the UK, within the past 12 years, BT (British Telecom, the emergency authority responsible for the initial 999 call connection and directing emergency calls to either Police, Fire, Ambulance or Coastguard services) have led development of 999 location systems using the caller's telephone number or, more recently, location information from the smartphone itself.

Before the explosion in popularity of mobile phones, most 999 call were made from landline devices (remember those!), and BT developed EISEC (Enhanced Information Service for Emergency Callers) to pass on the service subscriber details, consisting of the bill payer's name and address, to the emergency services. In parallel, mobile phone operators were able to send basic location information over the EISEC infrastructure. This would consist of the name of the mobile service providor that connected the 999 call and the eastings and northings (coordinates) deduced from cell tower triangulation but often only accurate enough to identify the town where the 999 call is made, with an accuracy of a couple of kilometers. 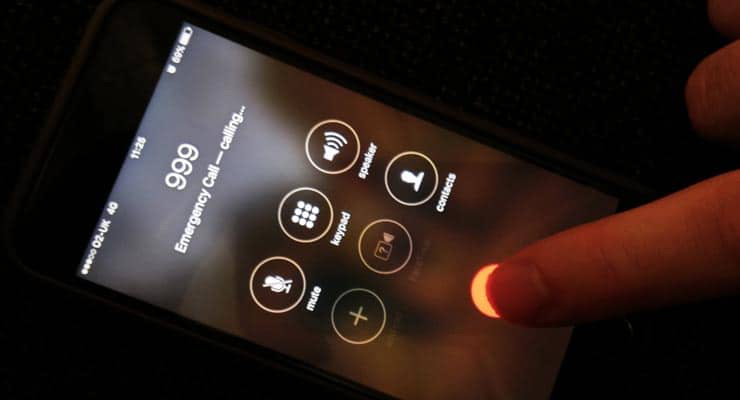 Whilst EISEC for landlines works well, at least when the emergency is at the same address the call is being made from, location identification on the mobile front required some development. It wouldn't be until July 2016 when Google's Enhanced Location Service (ELS) came to android smart phones that GPS coordinates from the smartphone itself would make their way to emergency service control rooms. At least, that was the theory.

Whilst ELS was available, in the UK, to BT easily enough, getting it into the hands of the 999 operators required development of the CAD systems in use on the frontline as well as telephony infrastructure under pinning the 999 service. EENA, the European Emergency Number Authority, was pivotal in raising awareness and developing legislation to encourage the use of ELS across many countries in the EU and beyond, and continues to campaign tirelessly for this worthy cause.

Part of EENA's work resulted in the development of an agreed specification of how GPS coordinates should be taken from a mobile device and presented to the emergency service. The Advanced Mobile Location (AML) specification was born, and lobbied the most popular provider of mobile phones, Apple, to implement AML functionality in to their iOS operating system.

In brief, AML support requires a smartphone that has dialled 999 (or 112) to silently send a SMS containing the GPS coordinates of the device to the emergency authority. The user can not currently (Google are developing an opt-out possibility) disable the service, do not require any credits and do not need to enable any location services or permissions. AML happens completely silently, and automatically.

A short while later, January 2018, Apple confirmed AML functionality in its release iOS 11.3. This small change, overlooked by the casual iPhone user, forced CAD system developers to begin offering support for AML within the next releases of their software, and media attention that followed meant emergency service control rooms were driven to see such changes implelented in their systems. This is still very much 'work on-going'.

Presently, around 65% of 999 calls made in the UK arrive with the emergency authority containing AML data, and AML has been shown to be up to 4000 times more accurate than cell tower triangulation, resulting in location fixes being accurate to only a couple of meters! Personally, I've seen many incidents where AML has been accurate enough to see which side of a road a 999 call is made from, and even one incident where AML saved hours of time due to being able to see which side of a waterfall a caller was on, where the river was unable to be crossed for miles in each direction.

The consistency, availability and accuracy of AML make it a 'no brainer' for any and all emergency services!

Unfortunately, however, the number of emergency service control rooms that are presently retrieving AML information and making use of it in their CAD systems is much lower, owing to the complexities of developing CAD system upgrades that support AML and renewing telephony servers and hardware. This is a clear sticking point for many UK (and wider) services, and a key reason why 999 services are looking closely at other options that do not require CAD development to achieve similar outcomes.

EENA have a handy PDF on the facts around AML available on their website. I would encourage all 999 managers to familiarise themselves with the clear benefits of AML. 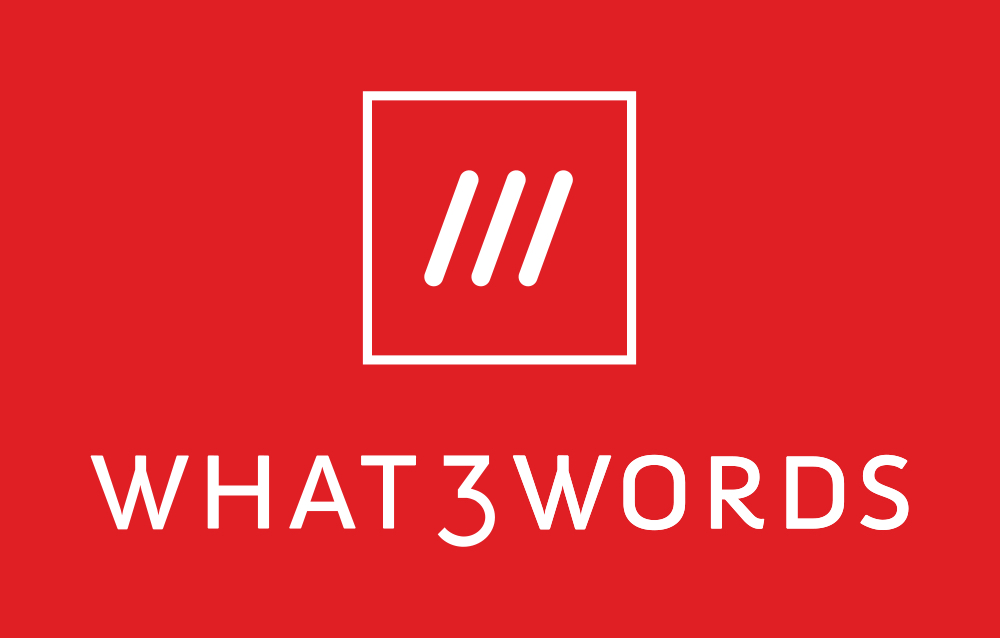 Where Does That Leave Us?

So, if AML is so great what do we need what3words (w3w) for, and what is all fuss about?

Firstly, AML and w3w achieve the same thing using two completely different methods. AML, as described above conveys GPS coordinates to the emergency authority (BT) by silent SMS. The details then remain on BT servers for up to thirty minutes whereby authorised emergency service control rooms can retrieve the information if the CAD system has such functionality built in.

what3words on the other hand facilitates the exchange of location information from caller to 999 operator by speaking the three word address which can be plotted to an area of just 3x3 meters. The caller can provide the w3w address by looking up their position if they have downloaded the w3w app. Alternatively, the 999 control center can utilise outbound SMS (such as the service offered by EmergencyLocate) to lead the caller to the w3w mapsite via a link in a text message which will also provide the w3w address.

Find Out More About EmergencyLocate

Perhaps the most salient point about the w3w system is the brilliance of it's foundations. Instead of a string of numbers, like grid references or latitude and longitude pairs, to identify your location on our planet the what3words system is exactly that; 3 words, that identify your location accurate to a 3x3 meter square! When dealing with an emergency, three words is much more efficient than even a 6 figure grid reference, and, crucially, has a much lower error margin particularly when the location has to firstly be asertained by someone dealing with an emergency, then correctly relayed to the 999 operator, who must correctly interpret and enter the information in to the CAD system.

It's important to point out, however, that AML doesn't require any data entry, but when AML is not available or invalid, give me three words over a string of numbers any day! 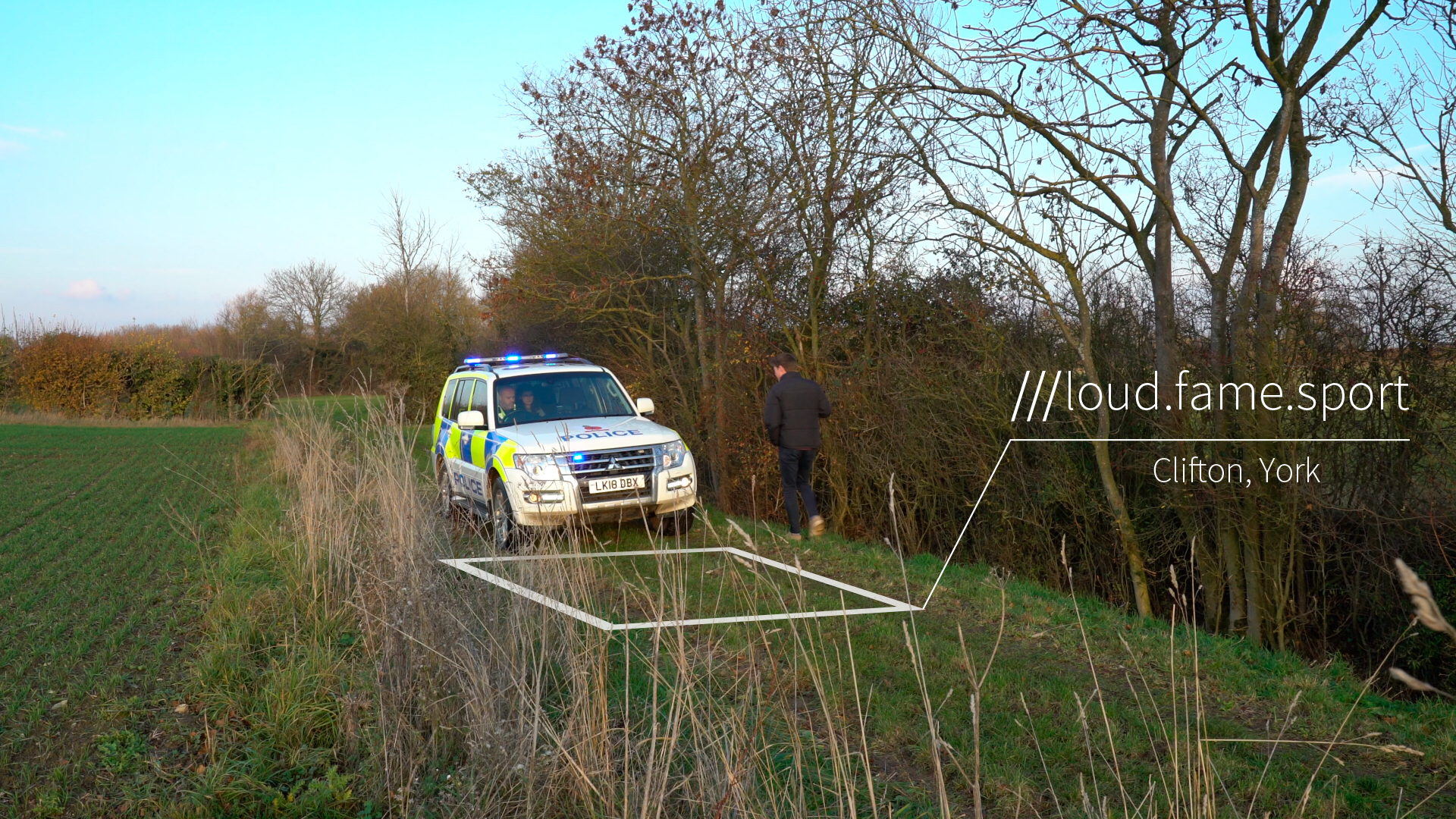 w3w has worked hard with CAD system providers to build in the functionality for three word addresses to be entered directly in to the CAD system by the 999 operator. Whilst this is clearly the optimal route for a w3w implementation, in the same way AML requires CAD system development, it can be complex, lengthy and expensive to achieve.

Where w3w has the advantage here is their provision of their web based map and sharing options, that allow for conversion from a w3w address to various coordinate systems allowing the 999 operator to create an incident in the CAD system based on the derived coordinates. This work around - avoiding any CAD development - is in place in a significant proportion of the UK emergency services who are 'what3words enabled' whilst they begin the process of integrating the w3w functionality in to their CAD systems.

Emergency service control rooms need to continue their progress towards CAD system integrated AML and, if desired, w3w functionality. Even with both systems integrated, there will still be occasions where one is more useful than the other. It is important to keep in mind the neither system is a replacement for the other, but both systems do compliment the growing range of tools avaiable to 999 operators for locating persons in distress who are unsure of their location.

AML will always have limitations, such as:

In terms of returned data, AML will far surpass that of w3w for the forseeable future, thanks to it's automated nature and its presence in two of the most popular mobile handset provider's firmware. Whilst there's no denying what3words popularity, indeed the app was trending at the top of both Apple and Google appstores, the proportion of calls to 999/112 with the app installed will be a minority, and then the public need to remember to use the app when they're faced with an emergency situation.

Since the emergency control room can initiate a location search using what3words, it's use is advantageous in a number of scenarios:

How Can EmergencyLocate Support Your Organisation?

EENA track which countries are AML enabled, and work hard to develop legislation to ensure it's use by emergency services. an 'AML first' approach is to be encouraged, but there will always be occasions where AML is unavailable or invalid which is where what3words can, and should, be used.

It can be argued there is no need for the what3words model, and that simply pointing lost 999 callers towards a geo-locating webpage is enough to identify and return a location. The very popular SARLOC app works in exactly this way, and is used heavily by Mountain Rescue Teams. What I would say is the verbal communication element of the w3w process offers a significant degree of reassurance to the 999/112 caller, and the buzz around what3words aids in people's personal preparedness and being able to identify their location in any situation and verbally share it in the most efficient way available. Further to that, once a three word address is identified, it is much easier to share the location with responders or other emergency service partners than either grid refereneces or re-searching each organisations own CAD system for a location.

The are no good reasons left as to why 999 services should not be actively making use of enhanced location services such as AML and w3w. Caution must be exercised though, and emergency services must guard against doing the easiest option (w3w) in place of the right option, which would be AML first, supported by w3w integrated in to CAD systems.

AML information is provided, en-mass, to the emergency services. There ought to be a responsibility placed upon them to make use of vital AML data that is often ignored or disregarded due to the difficulty, cost, risk and time involved in developing CAD or command and control systems. This should be the first priority. Supporting services, such as what3words, do not replace but instead enhance location searching tools available to 999 control rooms. Where these services are elso employed in front line use, they should also be supported by full and proper CAD integration.

This post was authored by @scotambSOM_Nick. Nick has worked for the ambulance service for over 15 years with significant experience in control room systems and processes. You can contact him on twitter if you have any questions.